How to Trade Cup and Handle Patterns

For traders scanning for a stock on the verge of a breakout, one of the signs to find is a classic cup and handle pattern. This pattern takes some time to develop, but is well-liked among traders because it can be defined by specific, measurable price movement parameters and offers an excellent risk to reward ratio. This article will cover the basics of the cup and handle pattern and introduce the key points to consider when trading the pattern.

What is the Cup and Handle Pattern?

The cup and handle pattern first came into prominence among traders in 1988 when American trader William O’Neill introduced the pattern in his book How to Make Money in Stocks. Since that introduction, the cup and handle has been elaborated on, including by O’Neill himself. Over a series of articles in the early 1990’s, O’Neill defined technical requirements for the designation of the pattern formation. While traders since have amended O’Neill’s standards for the identification of a cup and handle pattern, the vast majority of traders using this pattern adhere to the original specifications. 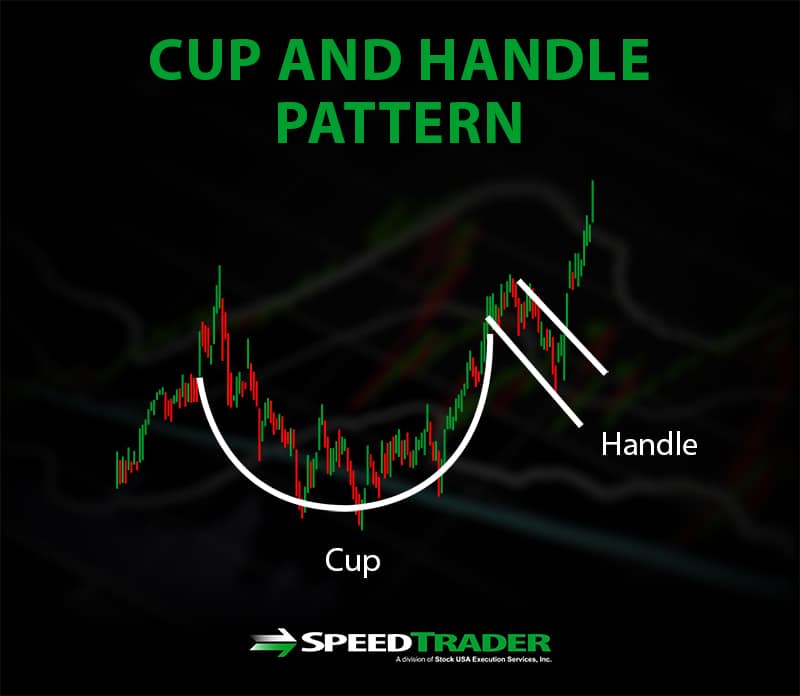 There are four primary phases in a stock’s recent price history that define a cup and handle pattern: 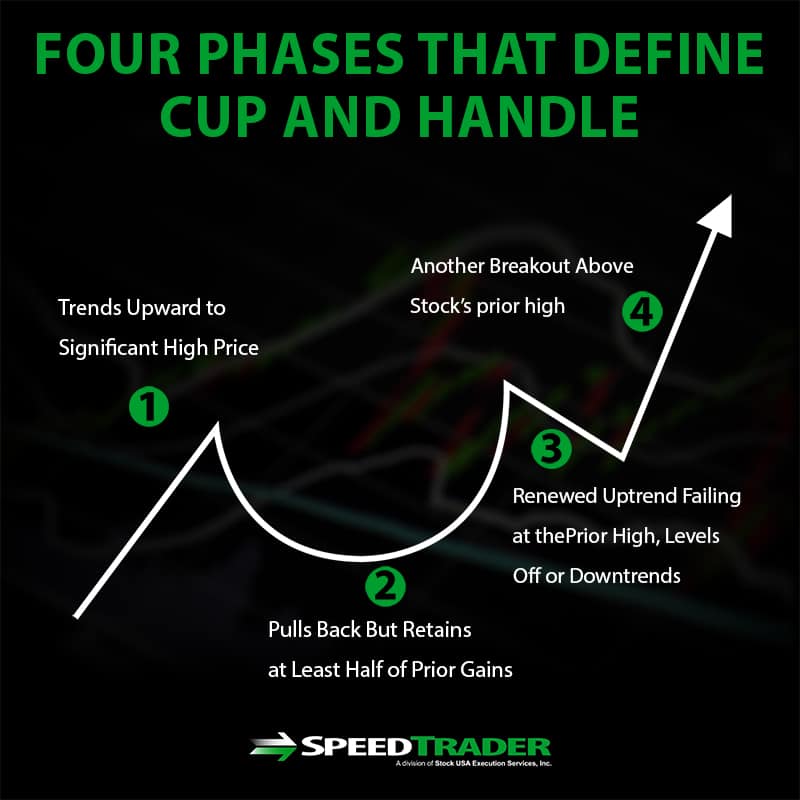 The time period of cup and handle patterns can vary, but is one of the most critical factors both in determining whether a cup and handle is developing and in finding entry and exit points. The length of the prior upward trend that produces the original high should be on the order of a few months, although longer uptrends can be too mature to result in consolidation following a pullback. The cup pattern typically lasts for several weeks to six months or longer, but the duration of the handle is the most important feature. The handle should complete within a month, or else it may signal that there is not enough momentum to break through the higher resistance level. 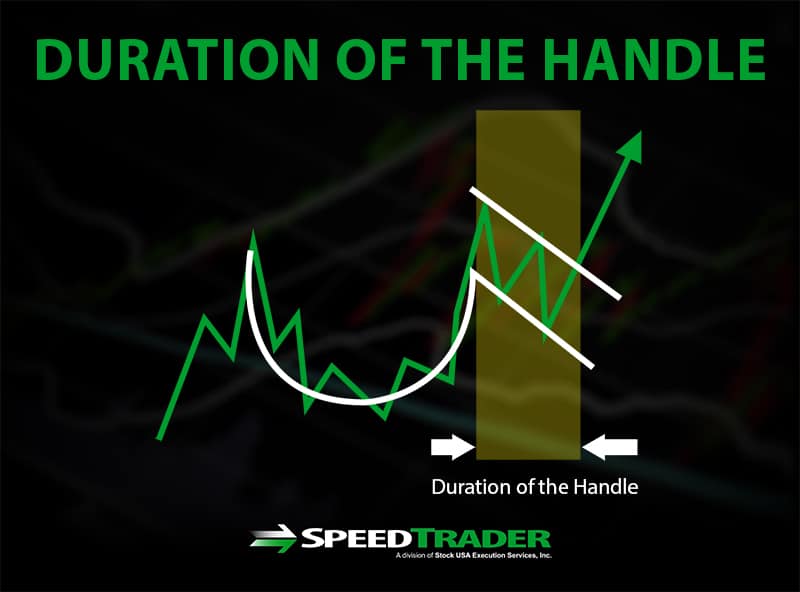 Other characteristics of the pattern that have to do with its shape are also important. For instance, the cup should be round rather V-shaped, as the former indicates consolidation whereas the latter is too sharp of a reversal from the high. The cup also should be relatively shallow – it should retrace only one-third to one-half of the prior uptrend. The handle can vary more in shape, but the downtrend should not retrace more than one-third of the gains at the end of the cup. In addition, a shorter and less severe downtrend during the handle is a good indicator that the breakout will be extremely bullish. 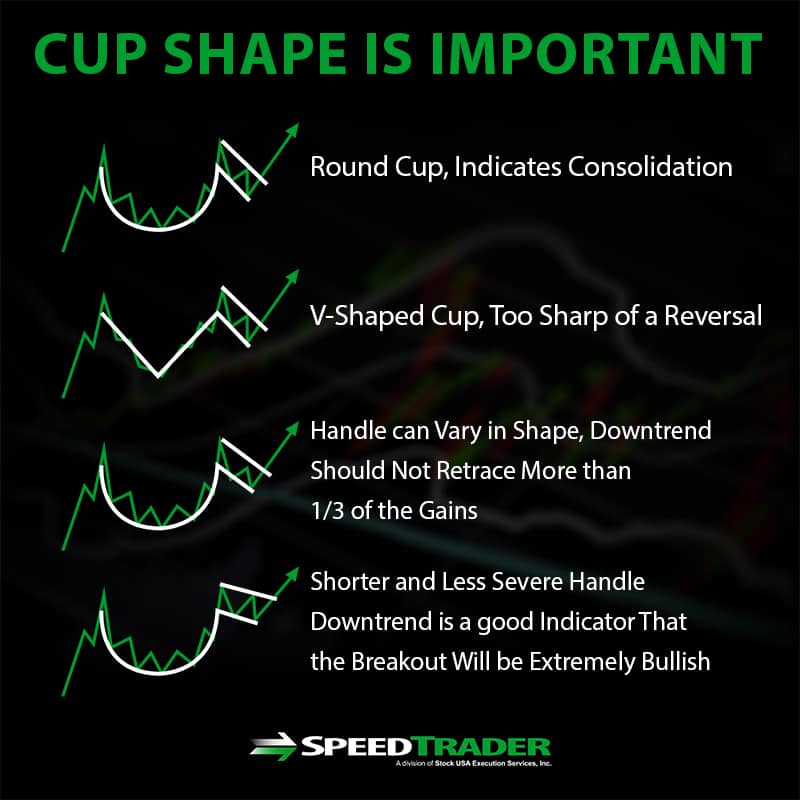 Another consideration when evaluating a cup and handle pattern is trading volume. Trading volume will typically spike at the lowest lows in the cup as exits and entries are made, and importantly should spike during the final breakout above the resistance level to sustain the bullish momentum. 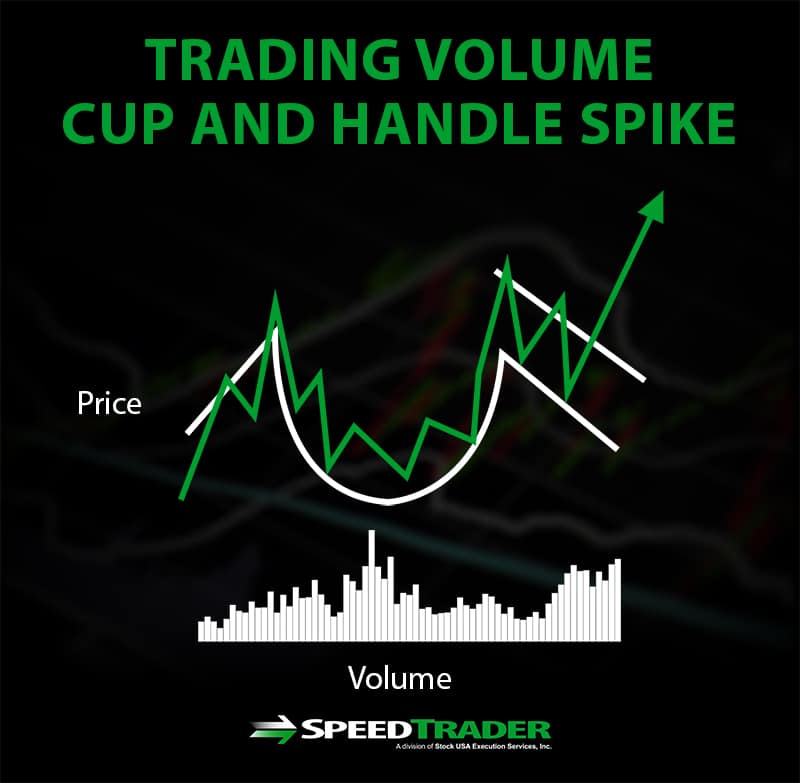 The best place to enter a cup and handle pattern to maximize the likelihood of predicting the breakout while minimizing risk is during the handle. At this point, the cup and handle pattern should be evident. The handle will typically form a descending trendline – aim to enter when the price breaks above this descending trendline. Also watch for sharply increasing trade volume, as that indicates that the stock may be about to break out. 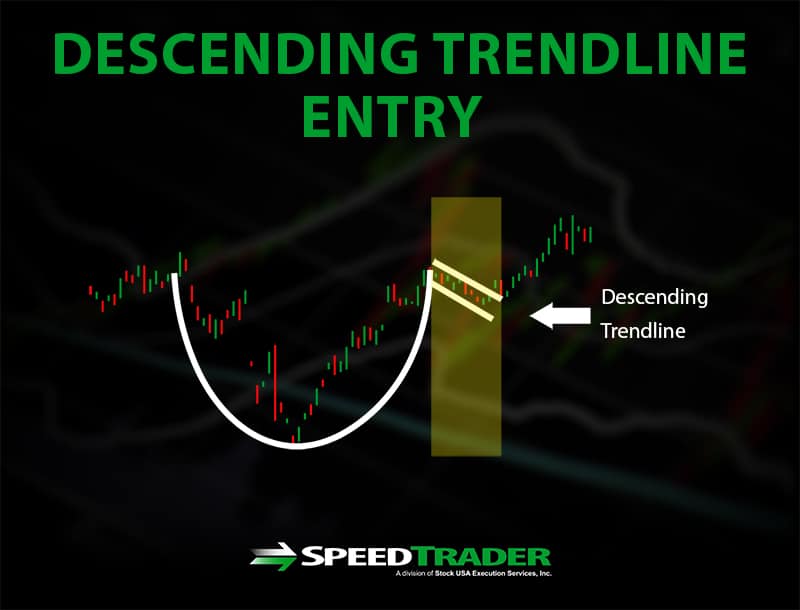 Although larger profits could be realized by entering at the base of the cup, this decision cannot be made based on the identification of the cup and handle pattern since it will not yet be evident. 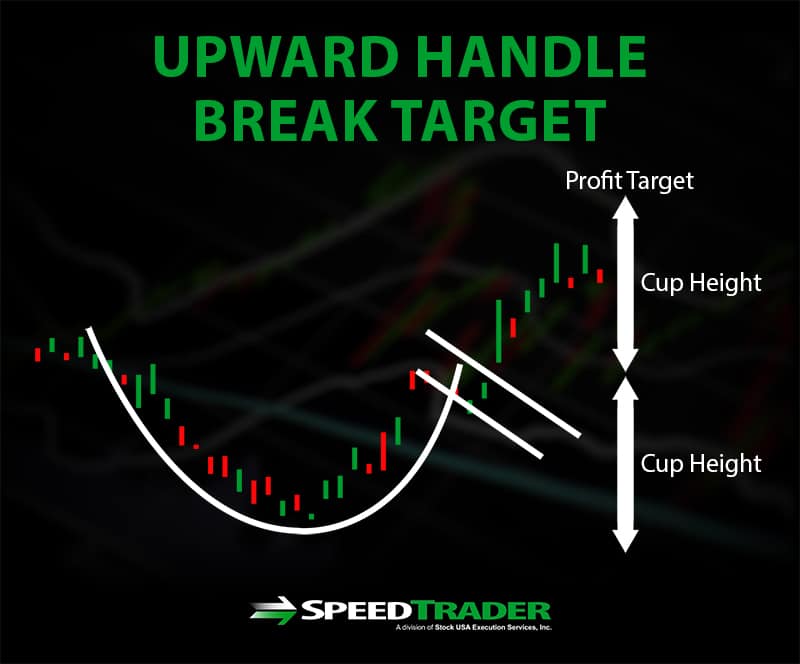 Even when a cup and handle pattern appears to have definitively formed, there is no guarantee that the handle will end in a breakout as expected. Therefore, it is extremely important to place stop losses to protect an investment placed on the handle’s downtrend. Set the stop loss just below the lowest point on the handle, but no lower than half the depth of the cup since the handle should remain above this level. Ideally, the stop loss should be within the upper third of the cup since strong handles will not drop below this point. 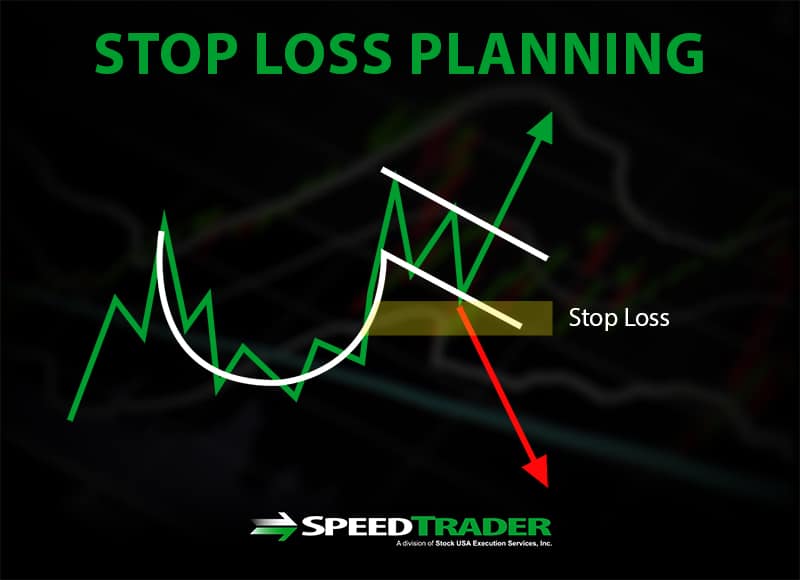