What is a Golden Cross and How Can You Trade Them?

As the name suggests, a golden cross is a good signal for a stock – the golden cross indicates a bullish breakaway may be about to happen. The golden cross is based on changes in the short- and long-term moving averages of a stock and is frequently used by swing investors as a way to gauge when the time is ripe to open a position. This article will introduce moving averages and golden crosses in detail, plus offer tips on the best ways to trade this pattern for profit. 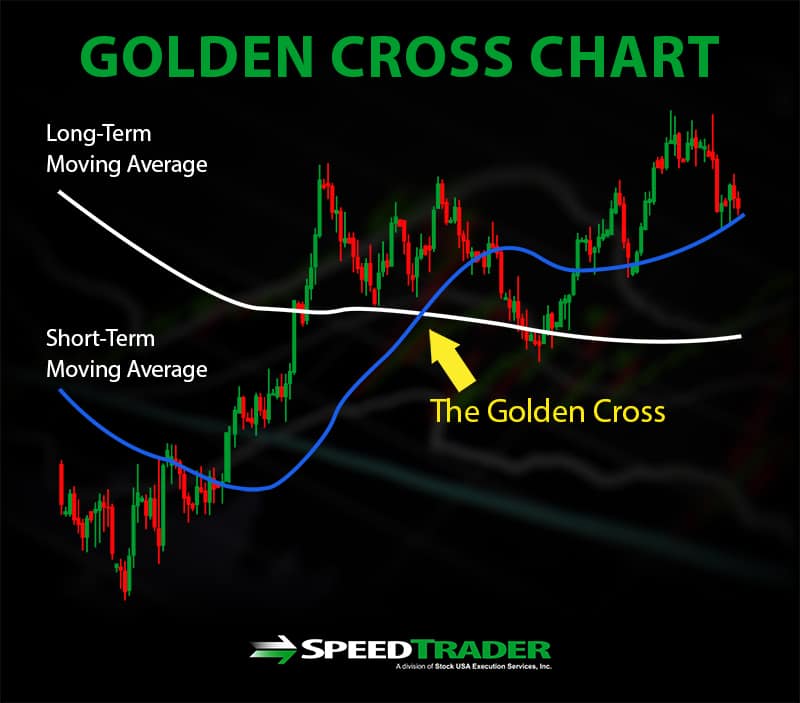 Moving averages are key metrics for traders to watch. These indicators play a role in identifying numerous trading patterns – including the golden cross. The goal of a moving average is to smooth out changes in the price of a stock over a specified period. The time period may be short – 10 days is commonly used, although hourly moving averages are possible – or long – 50, 100, and 200 days are all common.

Moving averages can be calculated in several different ways for a given time period. The most basic calculation is the simple moving average, which simply averages the closing price of a stock from the current day all the way back to the specified number of days. The average is “moving” because with each future day, the oldest number in the previous day’s average is dropped from the calculation and the new day’s price is added. Exponential moving averages are similar to simple moving averages, but the average is weighted so that more recent prices affect the calculated average more than older price data. Although exponential moving averages are more complex to calculate, they are more frequently used among traders because they better represent recent changes in price trends. 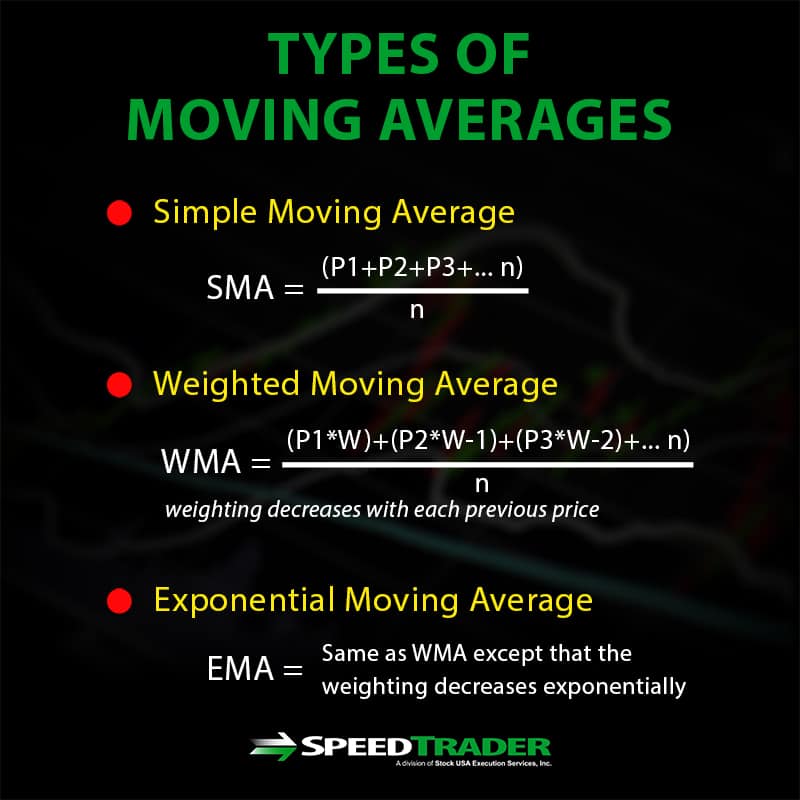 Traders tend to focus on the 50-day and 200-day moving averages, either simple or exponential. These moving averages are favored because the shorter moving average removes day-to-day volatility when analyzing recent price changes, while the longer moving average gives an indication of how a stock’s price has performed over a significant timescale while removing small weekly dips and rises. 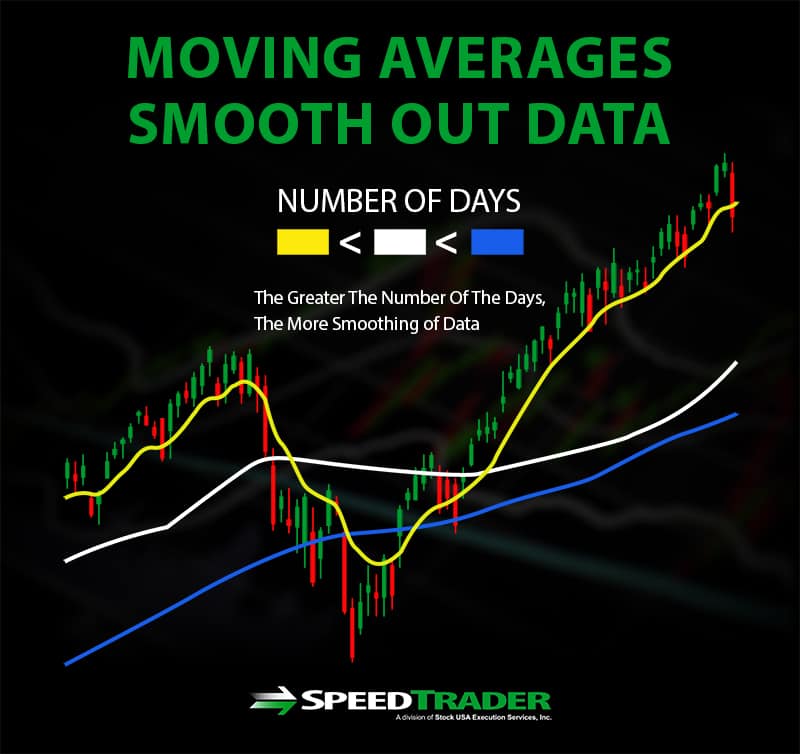 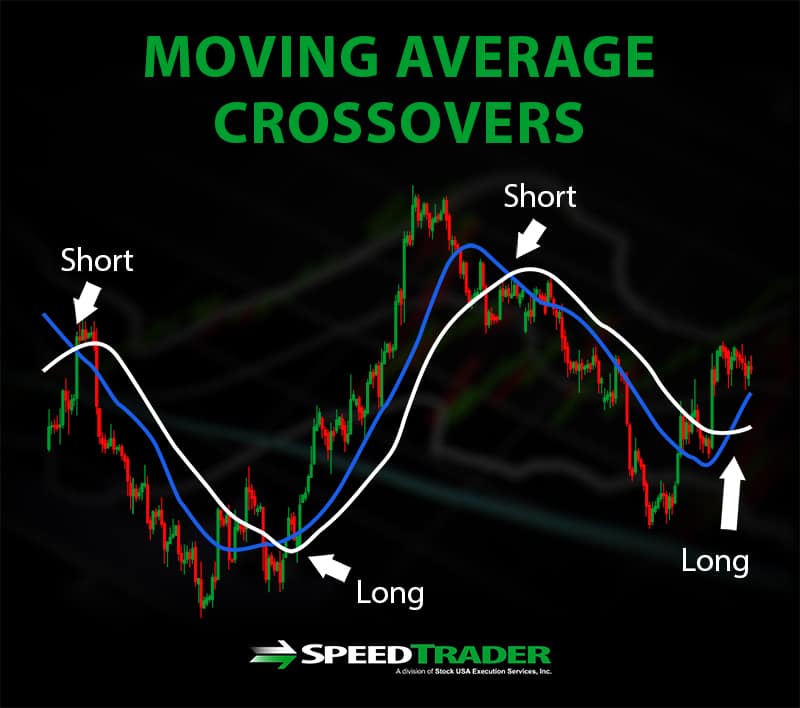 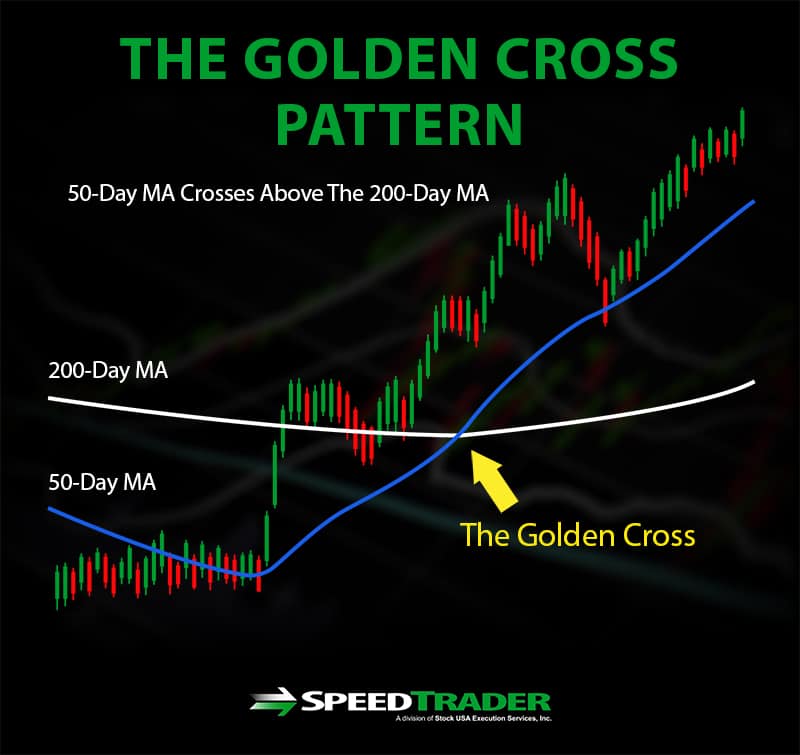 Although there is no simple metric for predicting the price high following the development of the bullish continuation, the magnitude of the trend can be gauged. Typically, the longer the crossover took to develop – that is, the longer the preceding sell-off took – the longer the bullish trend is expected to last. Additional indicators, in particular the relative strength index (RSI), can help to evaluate when the stock may be overbought. 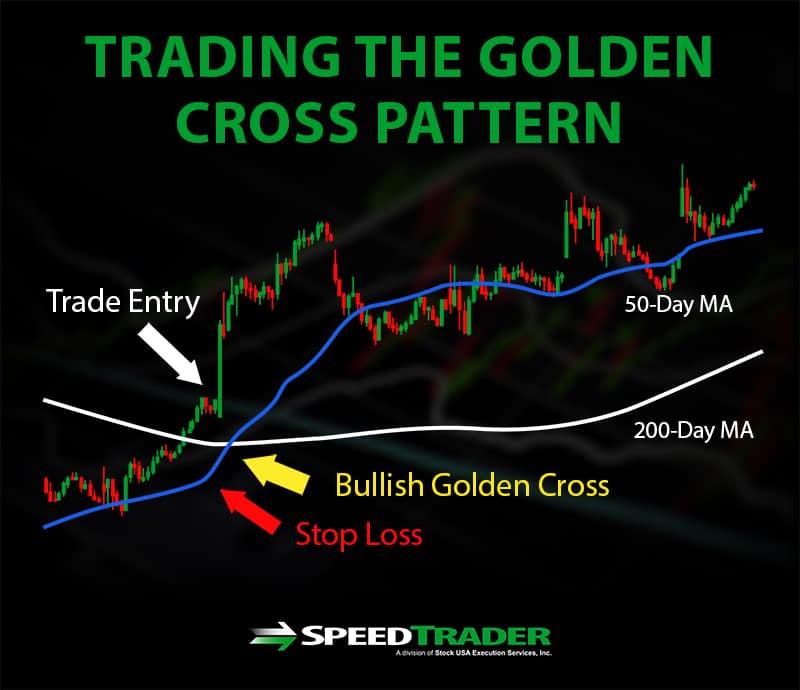