3 Sentiment Indicators to Aid Your Trading

Market sentiment is the general feeling that the “herd” is thinking in the stock market. Contrarian investors seek this out and look to inverse it, while trend following investors look to ride the trend until it shows signs of reversal. If you are currently bullish on a market, let’s say Natural Gas, for example, and you talk to 10 hedge fund managers, all of whom are also bullish. One investor will say that this validates his thinking, the other will think that his thesis is already priced into the market.

Regardless of your reason for looking at market sentiment, being aware of it is largely important.

Bulls vs. Bears index is a survey of over 100 market newsletters run, and whether the newsletter writers are bullish or bearish on the market. For example, for the week ending March 14, 2018, 36.8% of newsletter writers were bullish, 41.8% were neutral, and 21.3% were bearish.

The index is most useful as a contrarian indicator. The thinking goes that if the majority of these apparent smart money newsletter writers are bullish, there probably aren’t many buyers left, and vice versa. Regardless of how you use the indicator, it is undoubtedly useful to see how a multitude of newsletter writers are thinking, whether you want to go against, or with the herd. 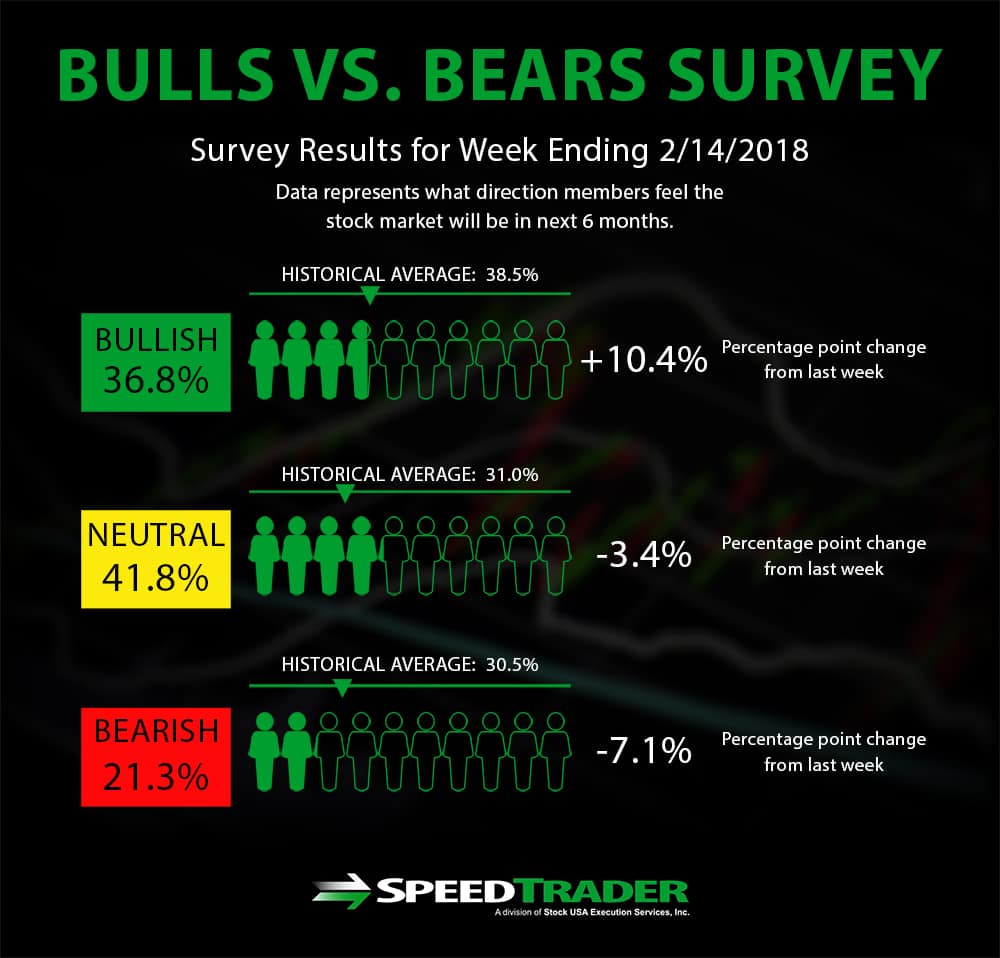 Investors Intelligence has stated that 55% of survey participants in either direction, bearish or bullish, are considered dangerous, and may be indicative of a near-term top or bottom.

The Michigan Consumer Sentiment Index is a survey of American consumers conducted by the University of Michigan, with results being released each month. The goal of the survey is to assess the general consumer sentiment, including their optimism and short term attitudes towards the economy. The survey is additionally used to spot developing economic trends “on the ground,” and to forecast changes in the broad economy.

The survey is based on a minimum of 500 phone interviews with American consumers. Consumers are asked a series of questions about their views on the economy, below is a sampling of the questions asked of consumers. 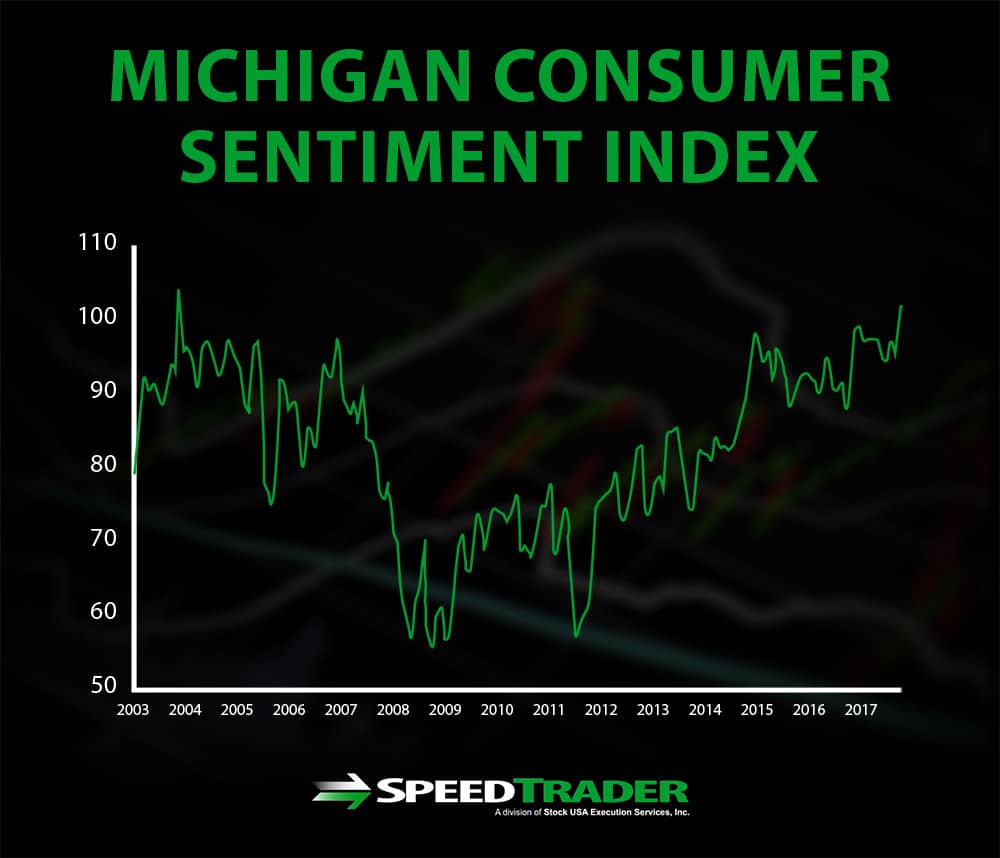 This indicator is important because it gives a quantitative reading of what investors are preparing for. When more puts are being bought, that means more speculators are expecting a short term dip, and investors are hedging the downside of their portfolios.

A popular way to apply the put/call ratio is as a contrarian indicator. Many traders identify extreme readings in the indicator and inverse the direction. In other words, if the indicator is displaying a reading of 1.41, indicating 1.41-to-1 ratio of puts to calls being bought, a trader would short the market until sentiment returns to a more grounded level. 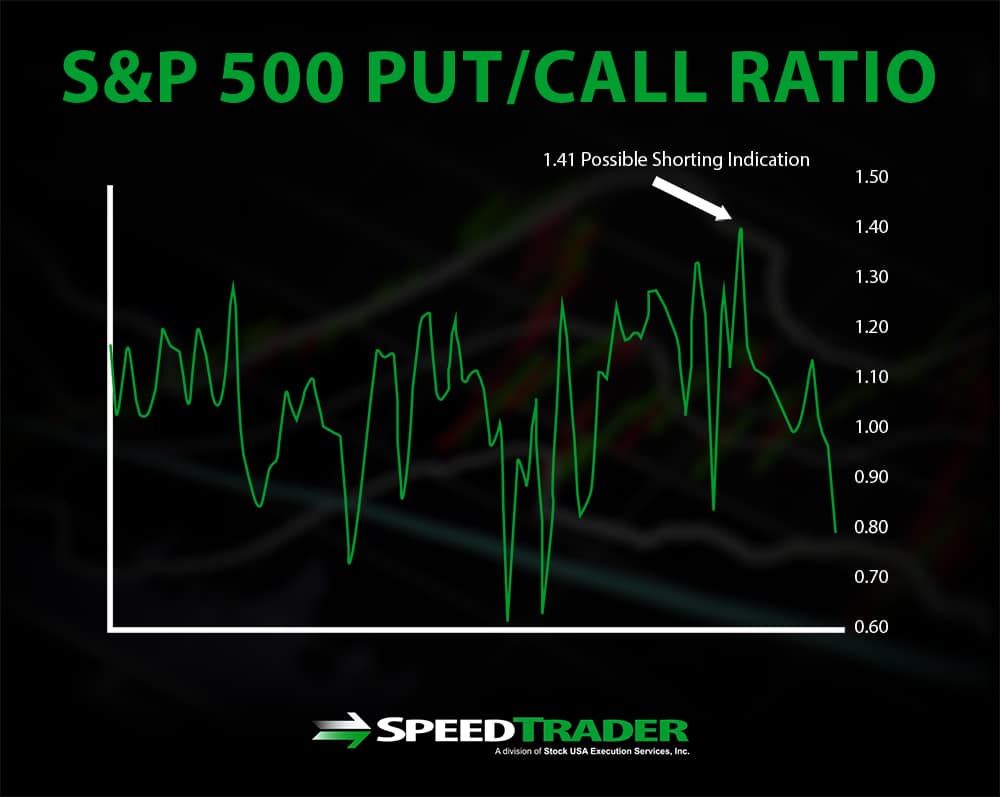 Generally, the ratio leans towards more puts, especially during the later stages of bull markets, as investors want to protect the returns they’ve achieved over the last few years. This weighting towards puts is because of the long-bias that most of the stock market and Wall Street has, and because options buying options (as opposed to selling them, to collect premium) are often used for hedging portfolios.

It’s clear that a knowledge of market sentiment and how to apply it to your trading can give you a big edge, however, one shouldn’t rely on it too much. It’s important to have a reason to enter a trade besides the fact that the rest of the market agrees or disagrees with you.