An offering occurs when a company makes a public sale of stocks, bonds, or another security. While the term offering is typically used in reference to initial public offerings (IPOs), companies can also make secondary offerings after their IPOs in order to raise additional capital. In general, secondary offerings are made to the public to raise money for acquisitions and corporate growth, although they can also be used to counter short-term cash-flow issues. Secondary offerings are important to traders because they can dramatically affect the price of a stock and present significant risks.

What is a Secondary Offering? 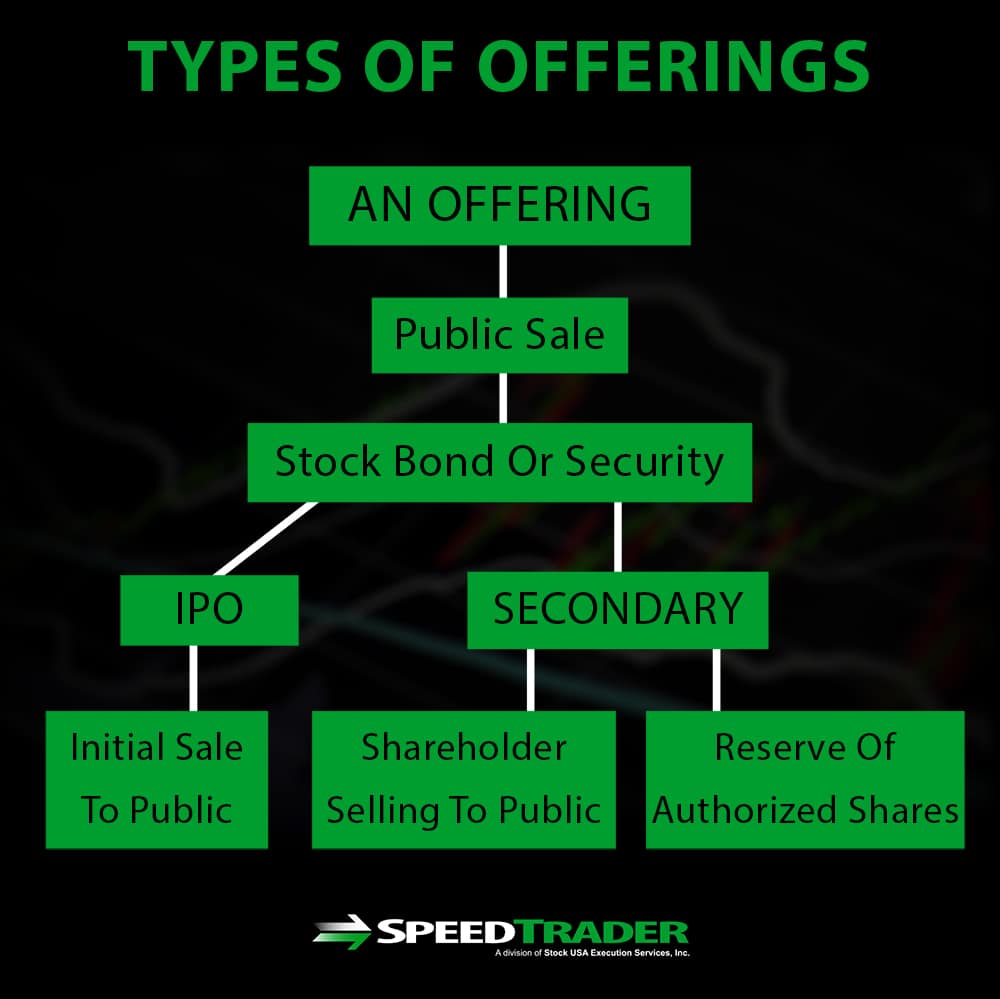 Why do Companies Make Secondary Offerings?

Secondary offerings are one of the most powerful tools that publicly traded companies and major investors have to raise money quickly. By selling shares that were previously held in reserve by the company’s treasury, companies can receive millions of dollars or more from public investors. This money can then be used to fund expansion projects, such as acquisitions or building corporate infrastructure in a new market. Alternatively, the funds from secondary offerings can be used to provide a rapid cash infusion in the face of liquidity issues, although buying shares during such a secondary offering is often highly risky. For individual shareholders, participating in a secondary offering can be a way to cash out on their investment or to receive cash for large personal purchases. 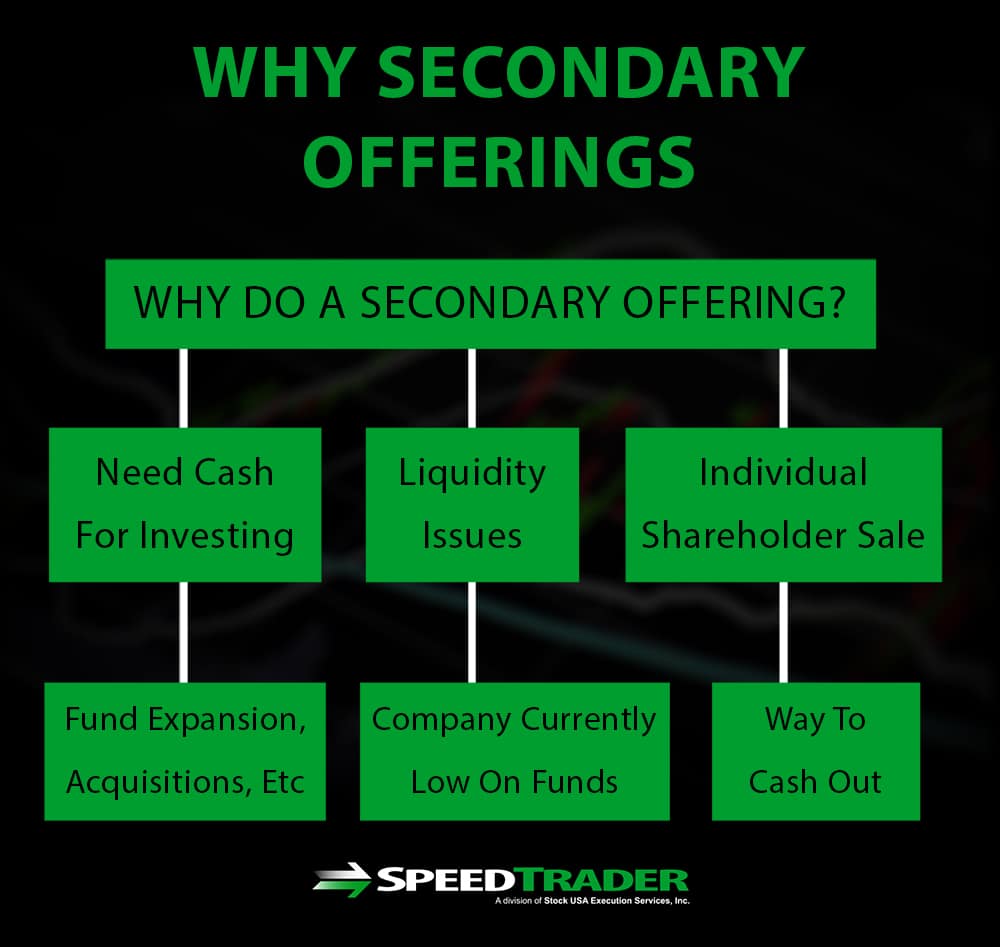 How do Companies File Secondary Offerings?

What Traders Should Be Aware Of

Distinguishing between dilutive and non-dilutive offerings is important because dilutive offerings frequently lower the share value of shares that had already been held by the public. As a company releases more stock to the public, the portion of the company that each outstanding stock represents is diluted. Thus, investors who purchased stock during an IPO will own fractionally less of the company following a dilutive secondary offering.

For this reason, secondary offerings are often a major red flag for existing investors. Often, stock prices will decline as soon as a dilutive secondary offering is announced to account for the soon-to-be lower inherent value of each outstanding share.

In a non-dilutive offering, this is not the case. Since shares are only changing hands and no new shares are made available, the proportional value of a single publicly held share does not change. 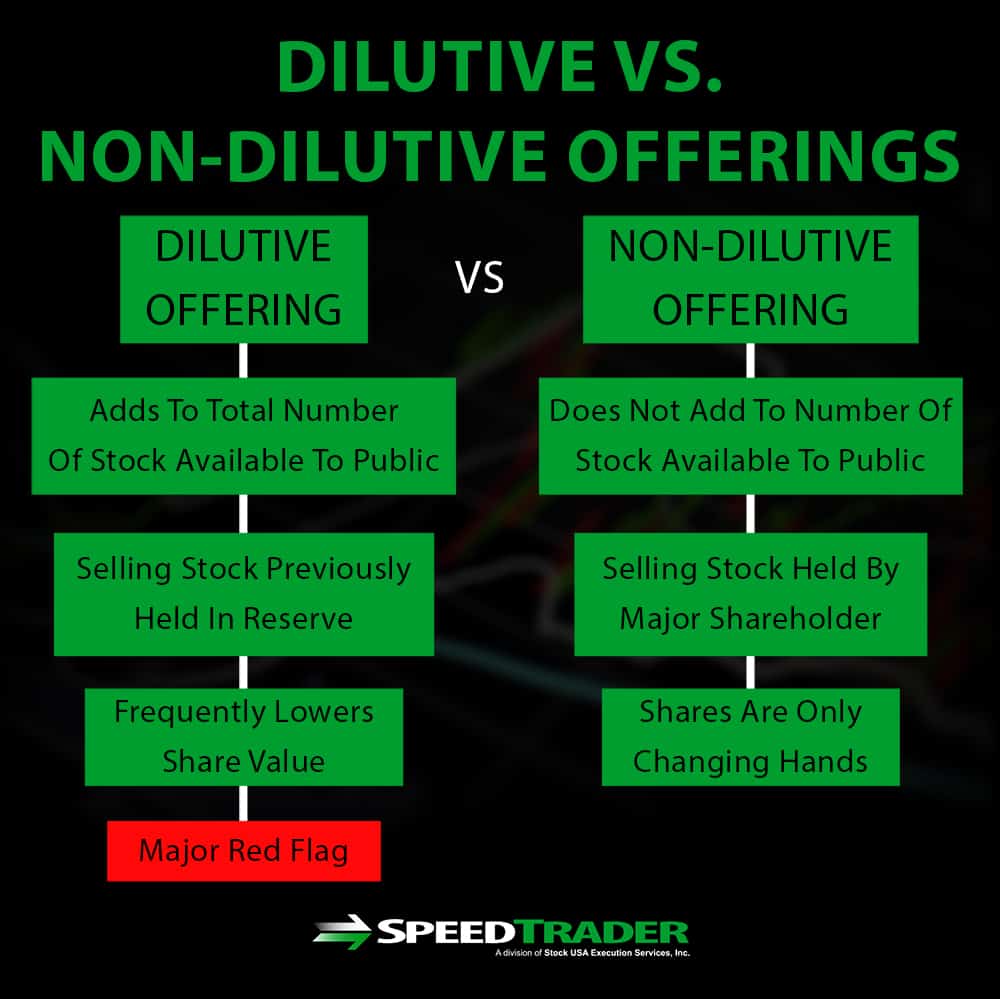 In a non-dilutive offering in which shares are offered at current market value, there should theoretically be no effect on stock price. However, in a dilutive offering, the share price that a secondary offering is made at has a significant effect on the price of existing shares.

The least disruptive scenario is when a company offers the new shares at a value that accounts for the current market value minus a discount for the expected dilution effect. However, if a company offers shares at a further discount, it can sharply drive down the price of a stock as buyers will refuse to pay more than the price of the secondary offering until after the offering is made. Even after the offering is executed, the price of the stock will be lower than dilution can account for since traders who bought during the offering can sell at below the pre-offering market price and still make a profit. 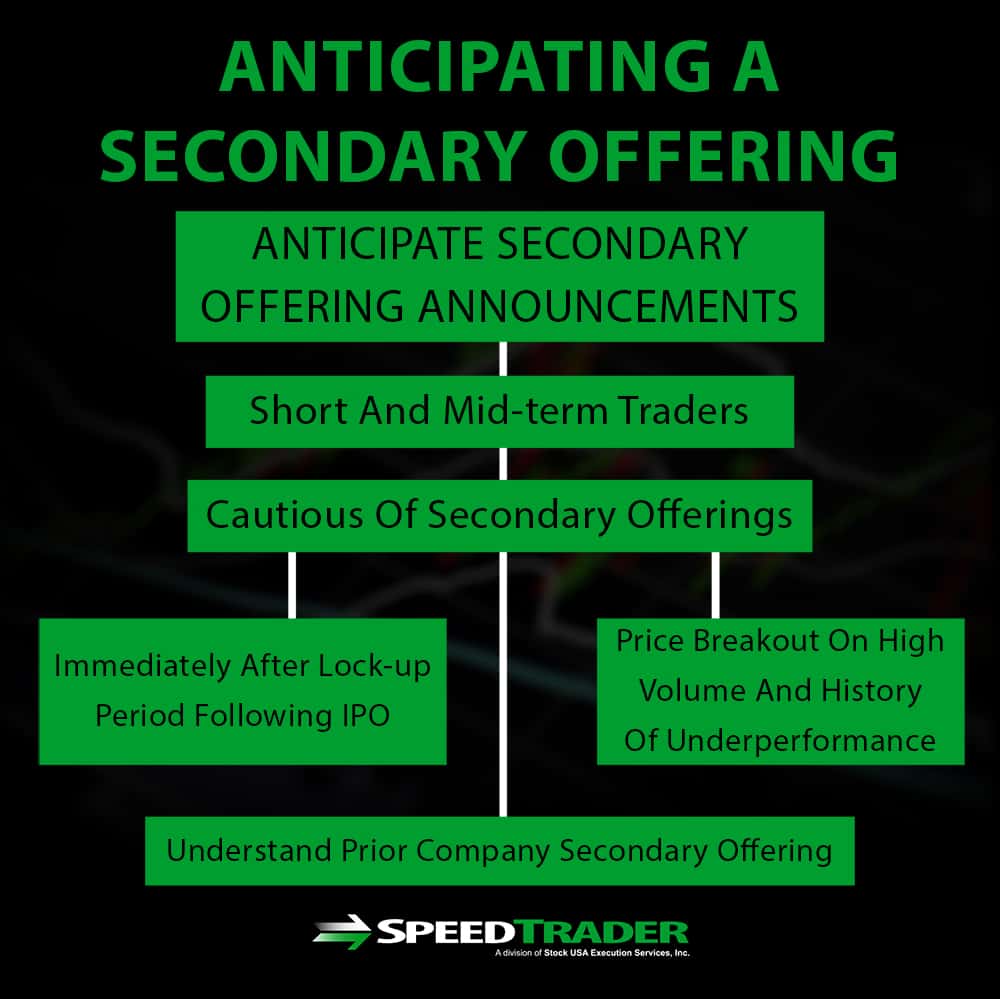