What is Trend Reversal? 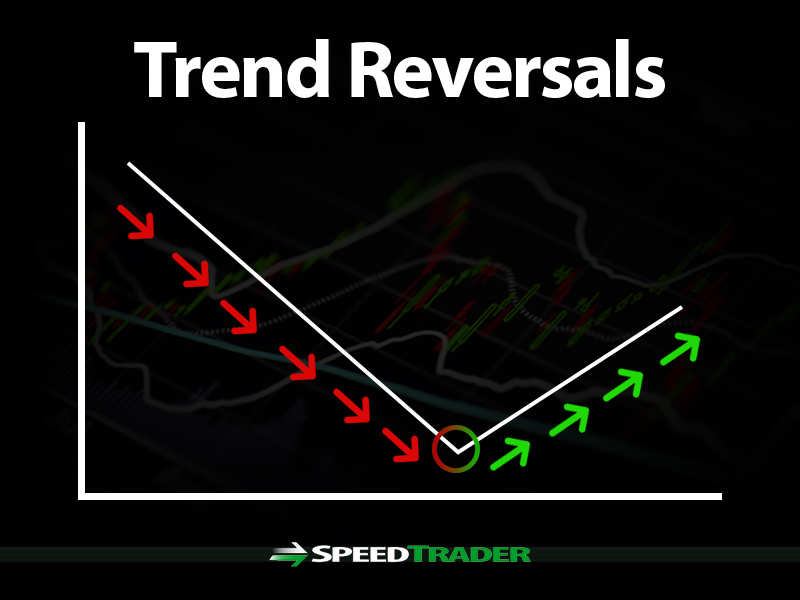 The important of spotting trend reversals is two-fold. First, it allows for timely exits of positions to protect profits or stem losses. Secondly, it gives the trader an opportunity to profit from trading in the opposite direction when the trend reversal forms.

How to Trade Trend Reversals

Trend reversals can be traded at varying points in the reversal process.

When trading reversals, it is important to maintain trailing stops in the event the reversal turns out to be a headfake. Reversals tend to start as wiggles or reversions that fail to bounce and eventually reverses the trend. The point of reversal is the break as it breakout or breakdown. Then the opposing trend follows afterwards. An up trend will eventually peak. As it tries to bounce again, it is met with stronger selling pressure producing lower highs and lower lows to eventually collapse support with a breakdown and the downtrend forms.

There is always a fine line between anticipating the reversal and getting a confirmation. Anticipating can get you an earlier entry on the reversal for a larger profit gain but the risk of getting faked out remains, which can result in a stop loss. Entering the trade on a confirmation can result in chasing the entry too far resulting in a minimal profit and still a possibility of getting stopped low on the reversion. The game plan can be sound but the results lie in proper execution of the trade. Usually, it is best to await the confirmation, and then wait for the first reversion attempt to step into the trade near the reversal support area. Patterns like a golden cross tend to give enough time to enter the trade when the stock attempts to re-test the 50-period moving average after it has crossed through the 200-period moving average. Traders can step in long on the initial reversion to the 50-period moving average for the bounce. There are many methods to confirm the trend reversal.

Trend lines are a common method of visually spotting trends and reversals. These involved some extra effort by drawing the trend lines ahead of time and require active monitoring. 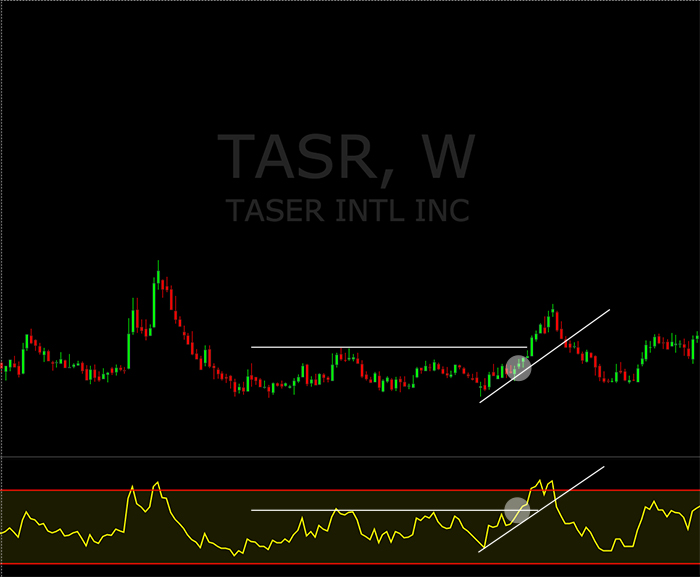 How to Draw Trend Lines

Important Elements of a Trend Line

The distance between the upper and lower trend lines represent the channel. Expanding trend lines with higher highs and higher lows is an up trend, whereas lower highs and lower lows indicated with both trend lines falling diagonally, indicate a downtrend.

How to Spot Trend Reversals

Moving averages are one of the most popular indicators to track trends. Usually a combination of two moving averages are used, a lead and a laggard (IE: 5-period and 15-period moving average). When the lead crossed through the laggard up or down, they form a breakout or breakdown and follows with an up trend or downtrend, respectively. The larger the moving averages, the more firmly the trend forms with fewer wiggles. 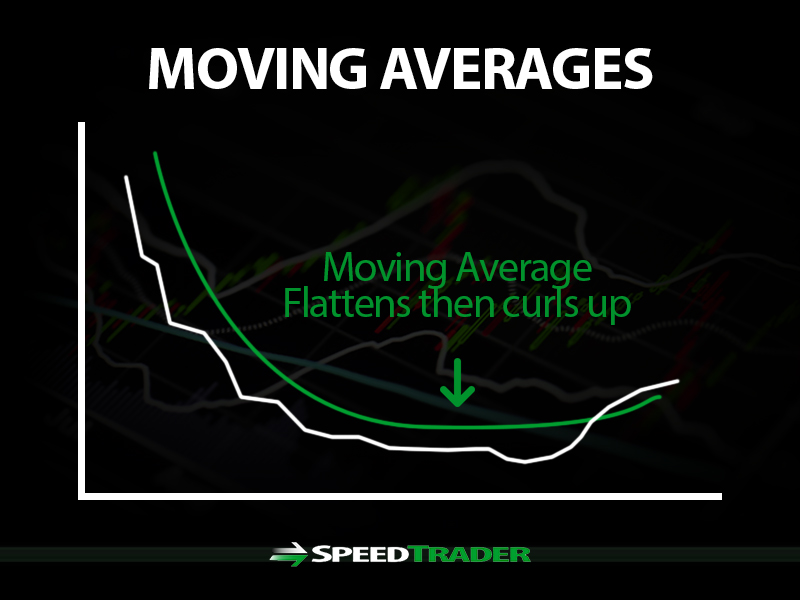 The volume weighted moving average (VWAP) is a single moving average that represents the prices where the most volume has been traded that day. It is usually followed on an intra-day basis. Institutions use the VWAP as a measure of how well their orders were filled relative to the market. Traders can use the VWAP as a single support or resistance line and a measure of the trend throughout the day. If a stock moves above a declining VWAP, then it may be indicating a trend reversal. Usually this is confirmed on the pullbacks which then deflecting back up off the VWAP as it turns up and vice versa on up trend reversals when a stock falls below VWAP and then rejects bounces attempts at the VWAP line as it starts to decline indicating an up trend reversal turning into a downtrend.

Some of the more popular long-term patterns are formed gradually and involve a bottoming process or a series of multiple reversal attempts.

A bullish cup and handle forms when a stock forms a strong sell-off from a peak, the lip. Eventually the price forms a rounding bottom meaning there are no sharp bounces but a gradual series of higher lows and lower highs that forms a base and consolidation. Eventually the reversal forms slowly as the stock rises back up towards the lip area. This forms a U shape, the cup. The stock will re-test the lip and reverse back down again in a slow diagonal movement, the handle. Then the stock rallies hard back up through the upper trend line, this time it breaks through the prior highs (the lip) and squeezes higher for the next leg on the up trend. 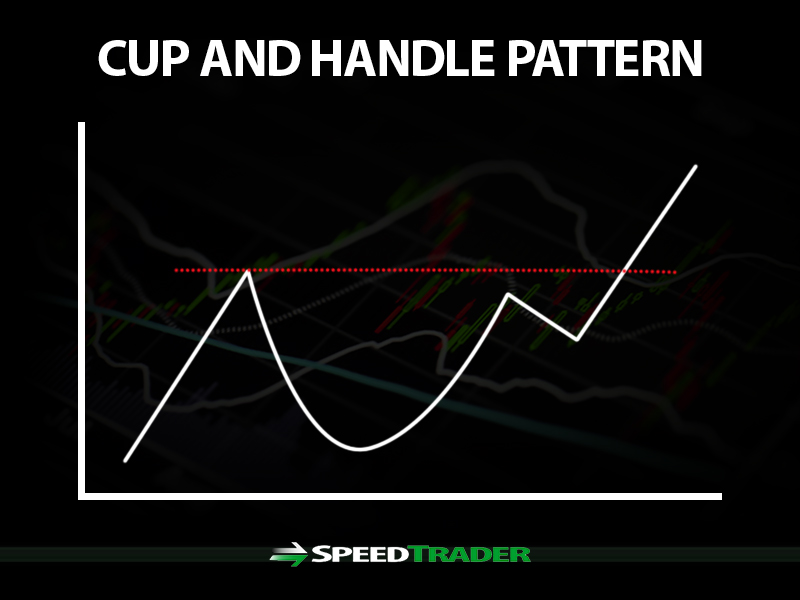 A bearish head and shoulders pattern forms after making an initial high followed by a pullback forming the first shoulder. The low of the pullback starts the trend line. The stock then manages to move higher through the prior high to form a new high before peaking, this is the head. The stock pulls back and then bounces again. The low of the bounce area is the shoulder line where the trend line should be connected. This bounce only musters a partial rally that fails to surpass the high of the head area. When the stock peaks out, it forms the second shoulder. As the stock reverses back down, the shoulder trend line is the key spot to watch. If the trend line breaks, then it triggers the head and shoulders pattern whereby the buyers have lost momentum and profit takers and short-sellers take over causing the stock to collapse on trend reversal into a downtrend. 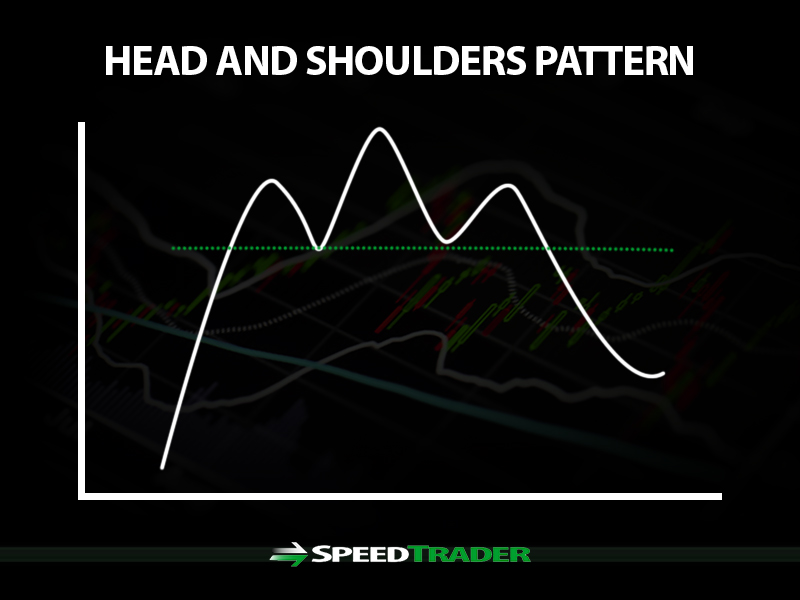